"A monster, a hideous half-man, half-sheep mutation whose hypnotic powers are so intense that he lures you out onto the tracks and into his eyes..."
Such are the stories that have captured the imaginations of Louisville teenagers for three generations. Stories that have lured youths to the Pope Lick trestle in search of a dare, a thrill, a place to drink, an opportunity to scare a date or a friend.
A legend kept alive only by word of mouth - confirmed by the excitable and credulous minds of adolescents and emphasized by the ominous presence of a 100-foot high railroad trestle.
One crisp, October evening finds Clancy, Ben and Katie on a quest - for excitement, for beer, for danger, and a rendezvous with...the Sheepman!
16mm film, 16 minutes, black and white
© 1989/2008 Germantown Films
reviews
It undermines our efforts on behalf of safety when movies like this are made. -- spokesman for Norfolk Southern Corp.
I think it sends the wrong message. The more I see the film, the more I'm convinced of that. -- attorney for Norfolk Southern Corp.
It seems like they were having fun there the way they were cavorting around. -- a Brown School sophomore
It's just not real life. It's about as real as all the guns and violence you see on TV. -- spokesman for Norfolk Southern Corp. 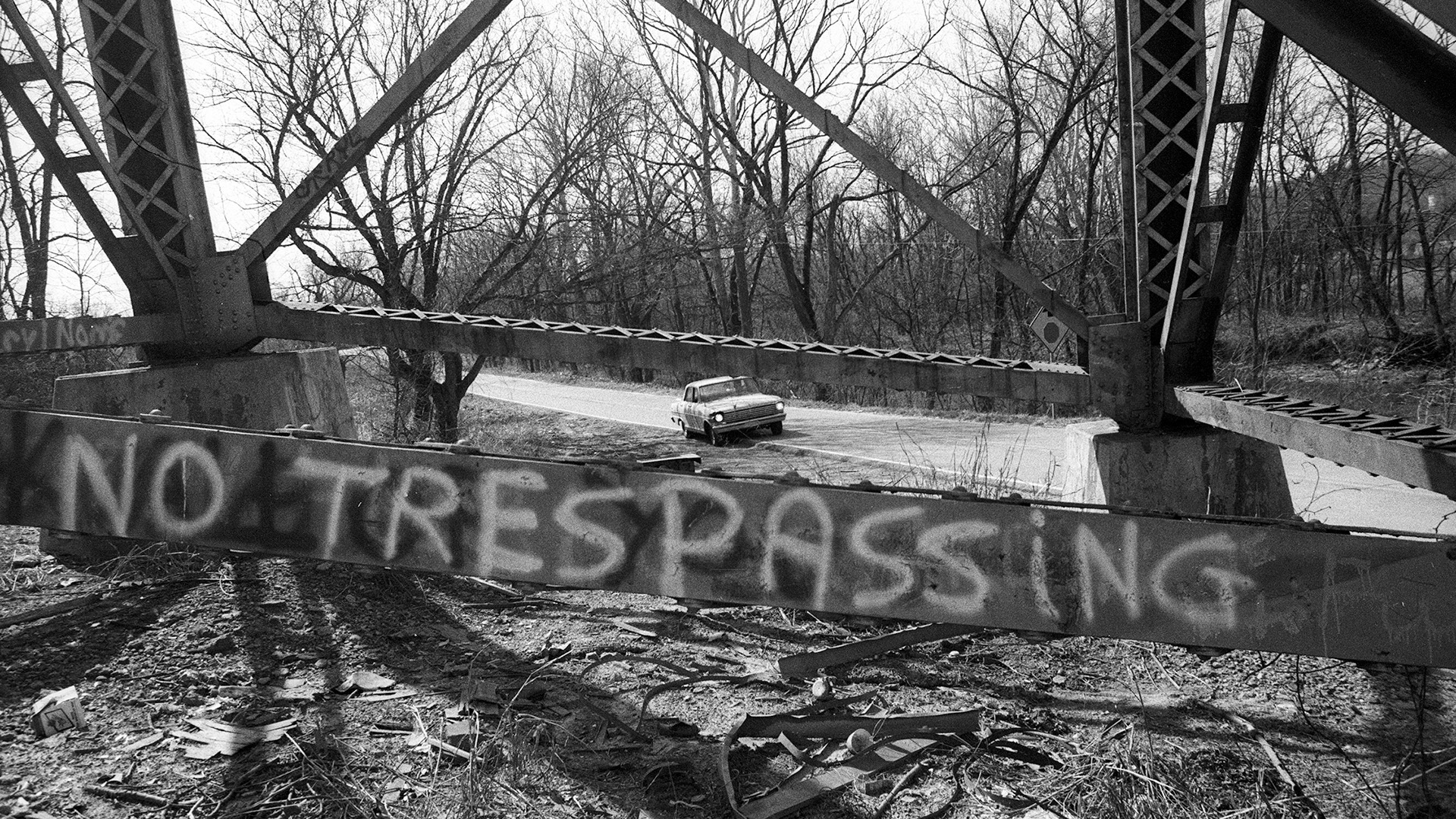 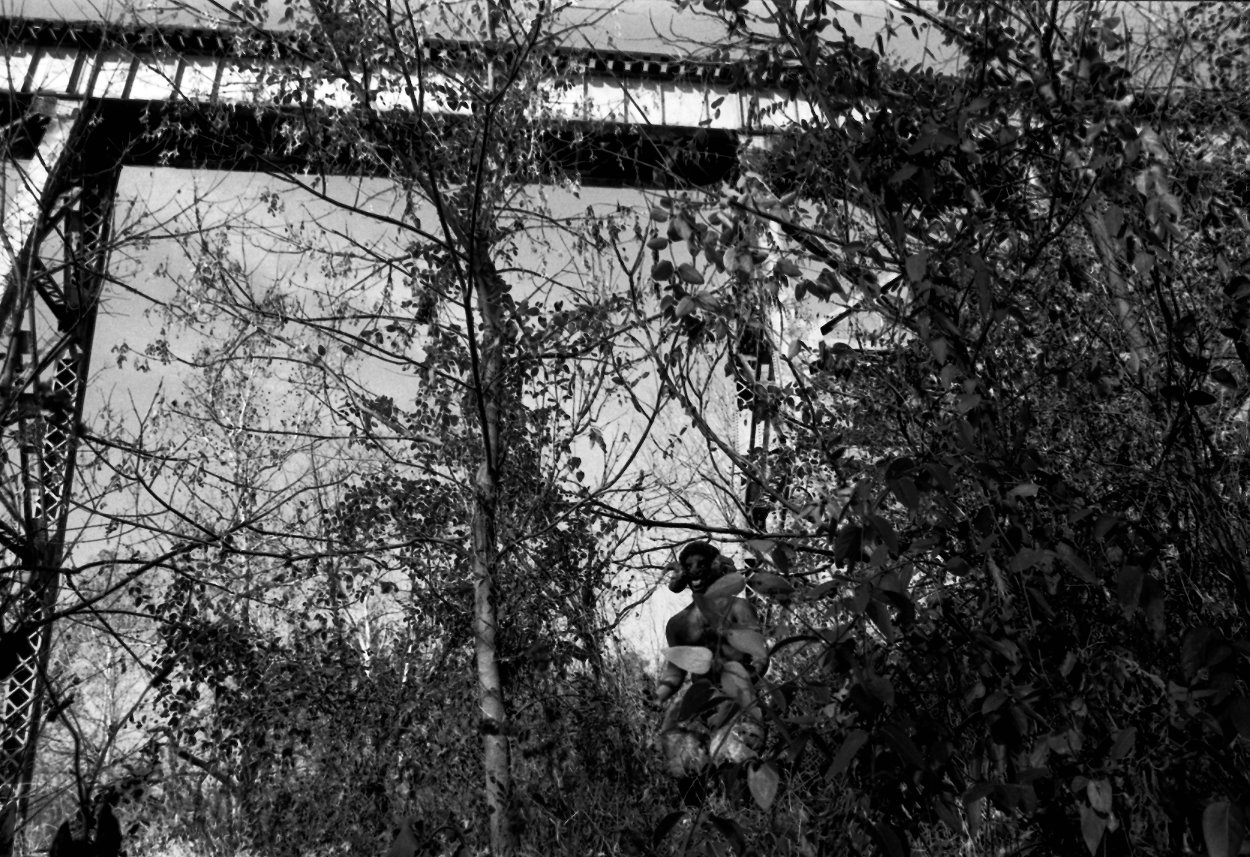 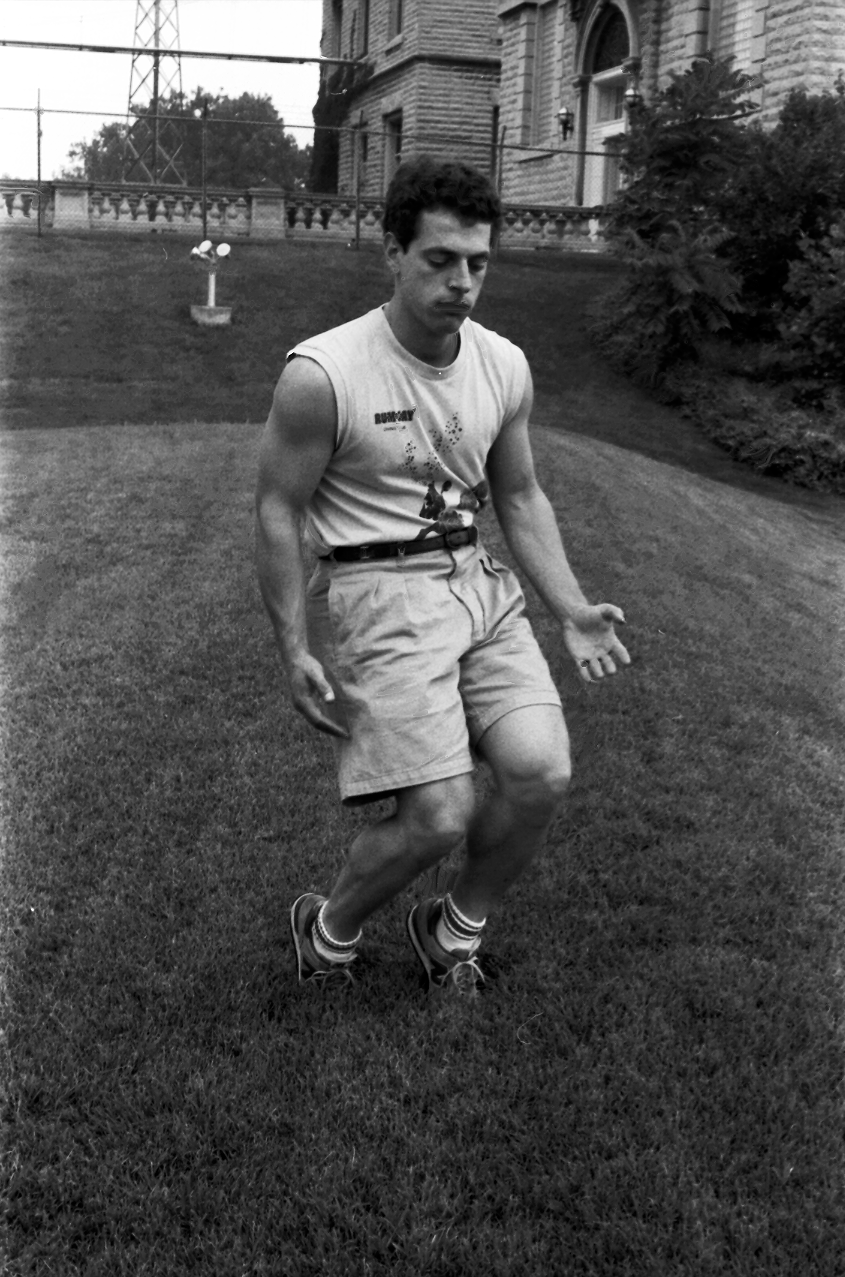 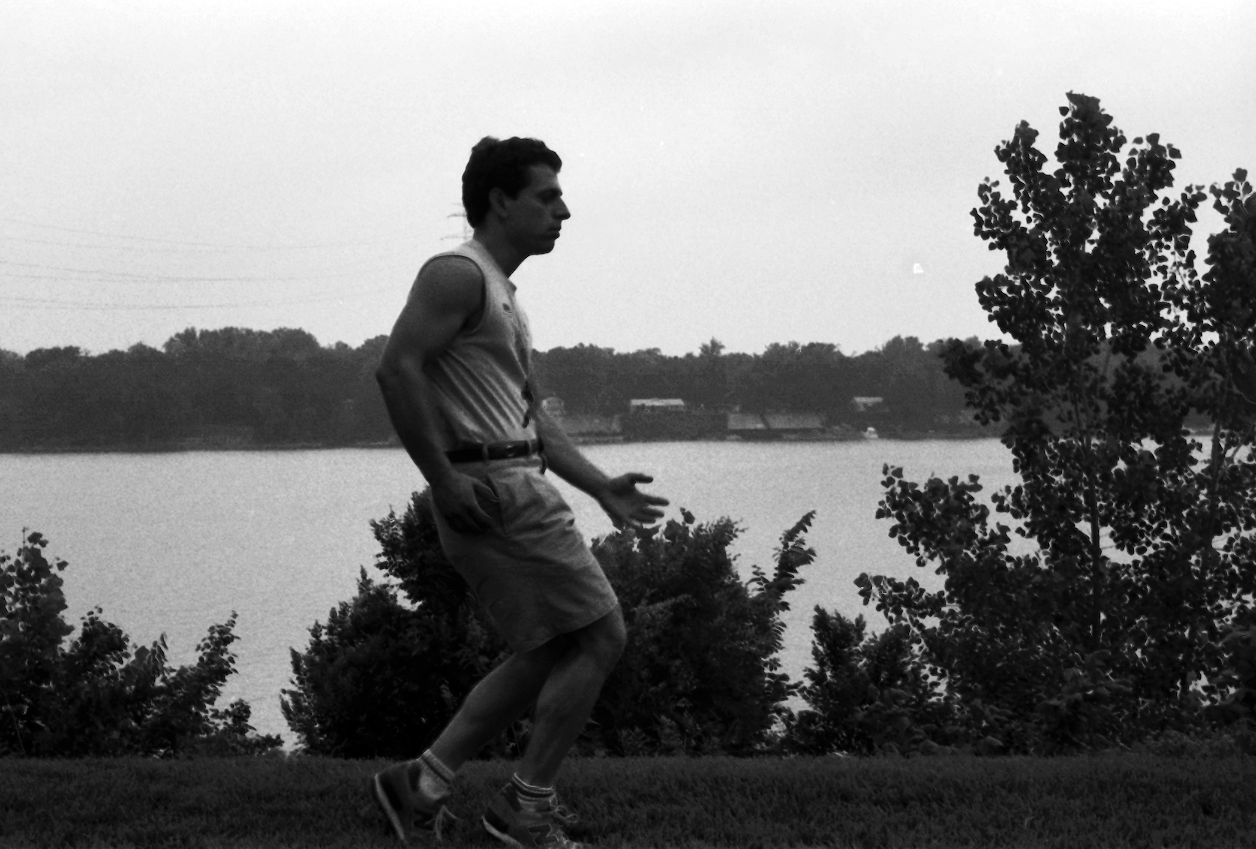 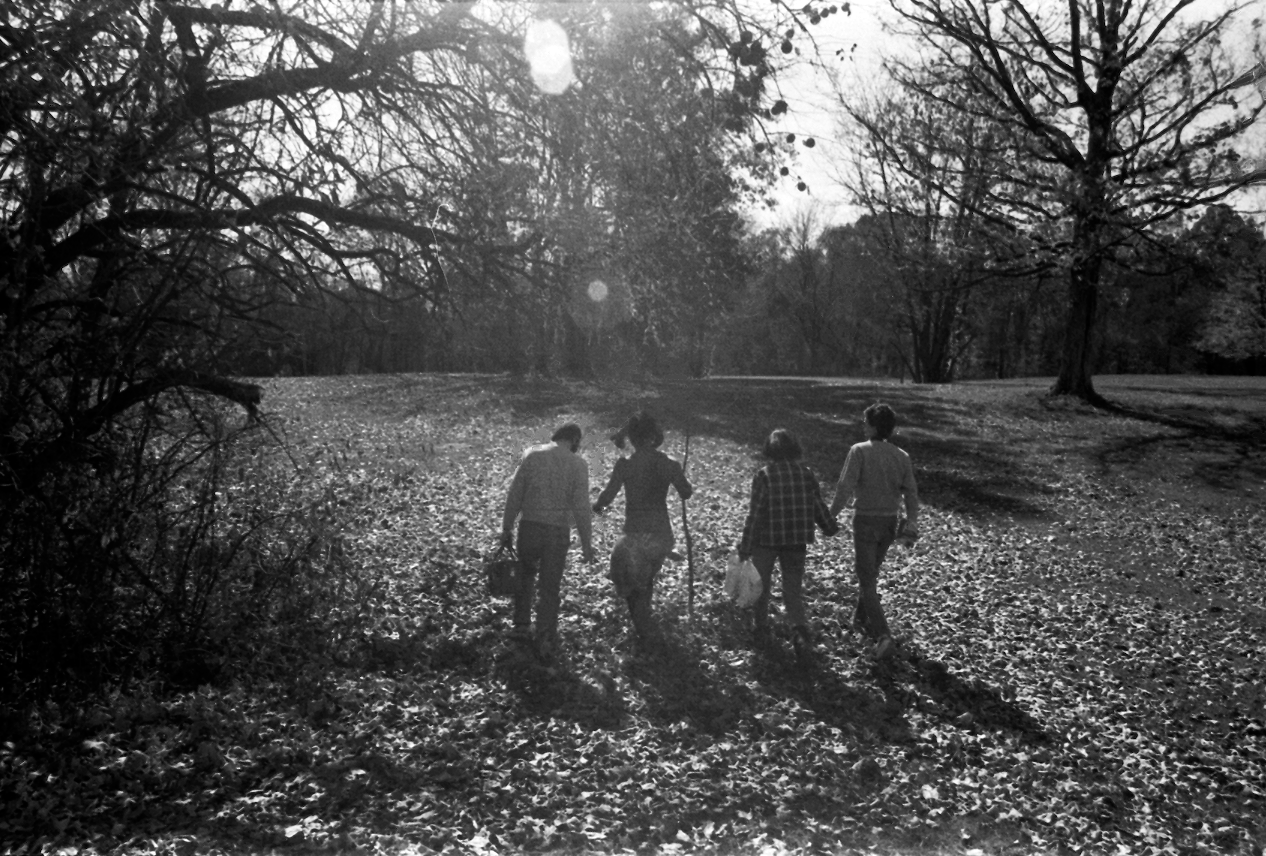 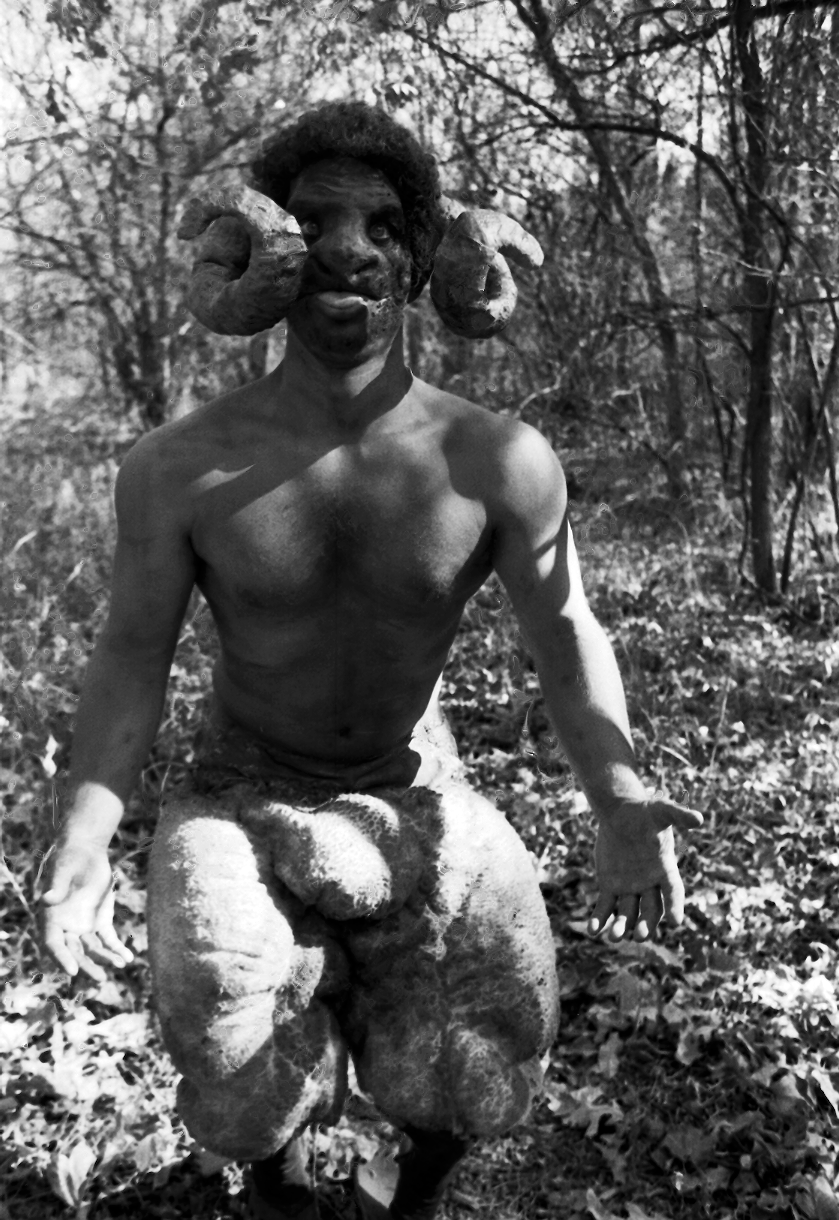 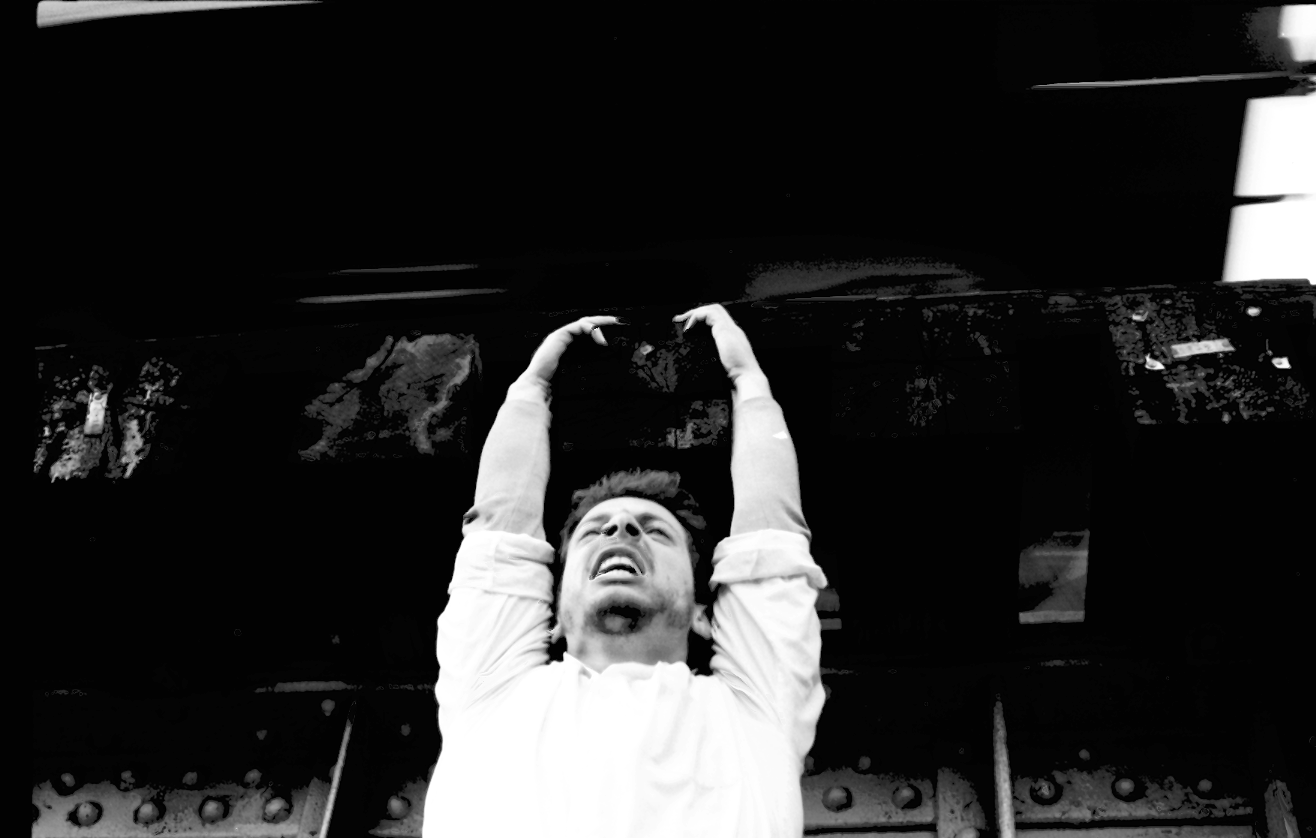 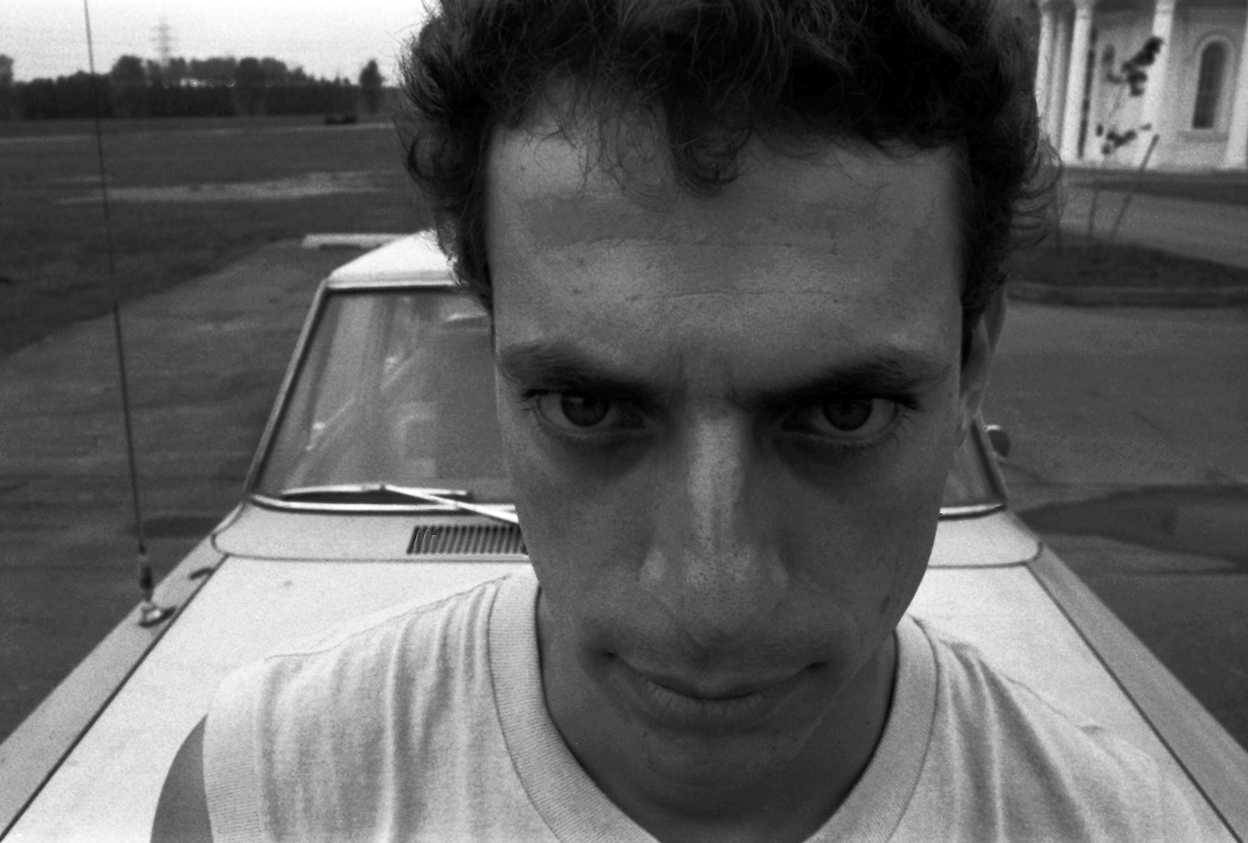 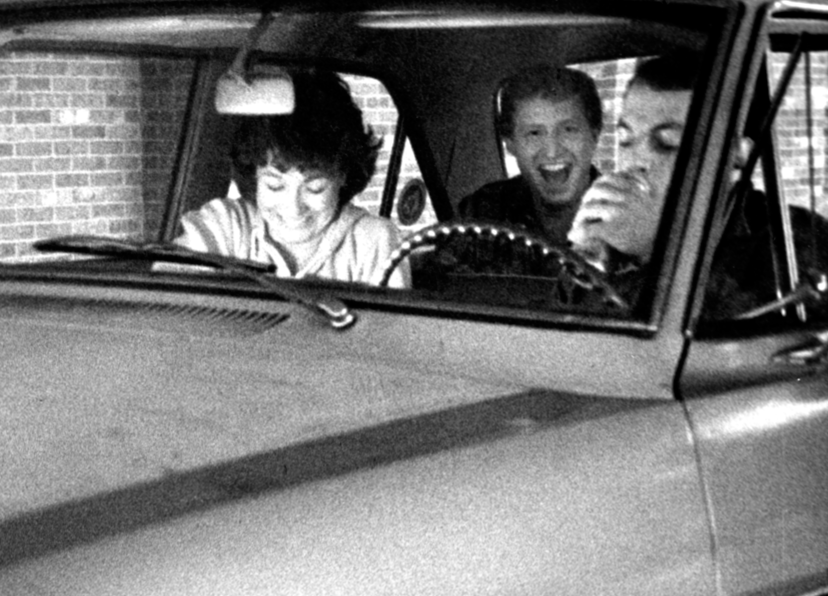 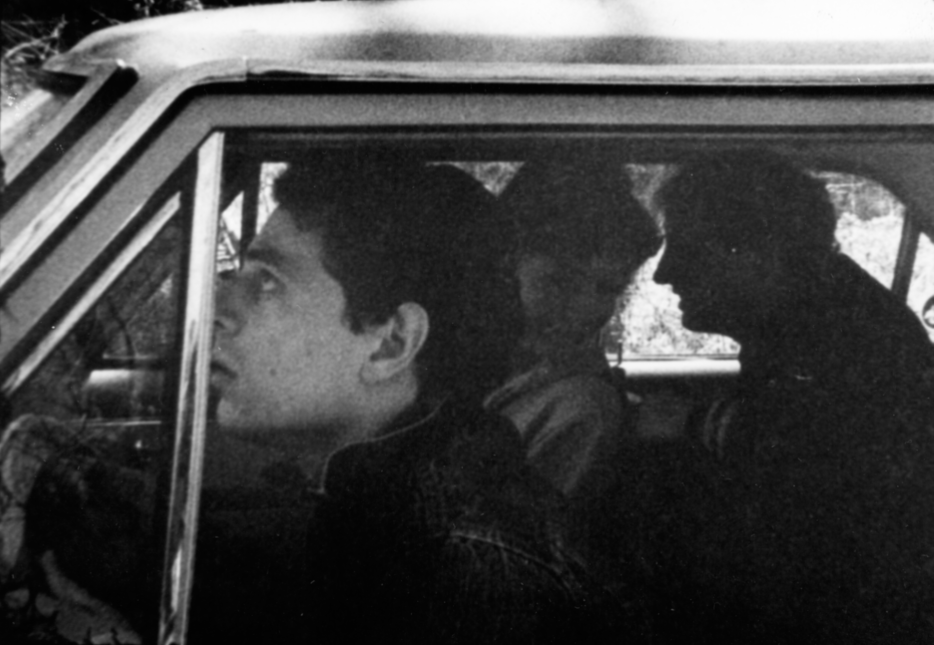 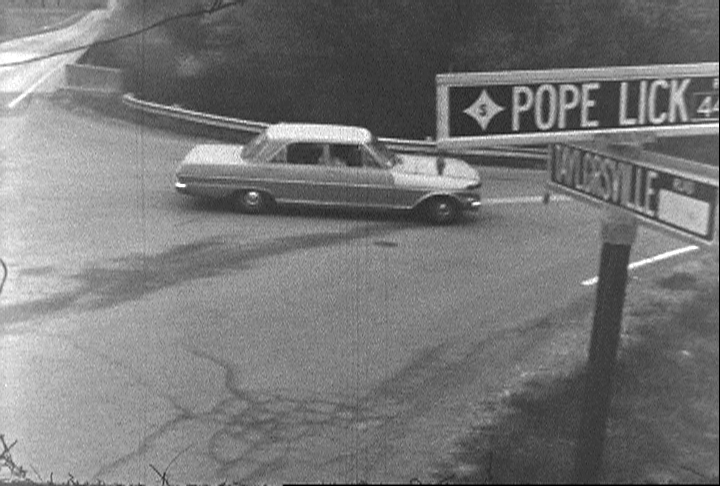 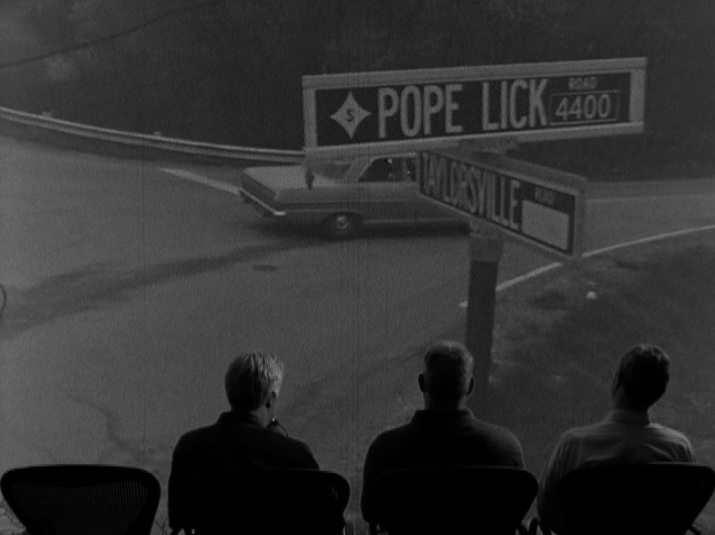 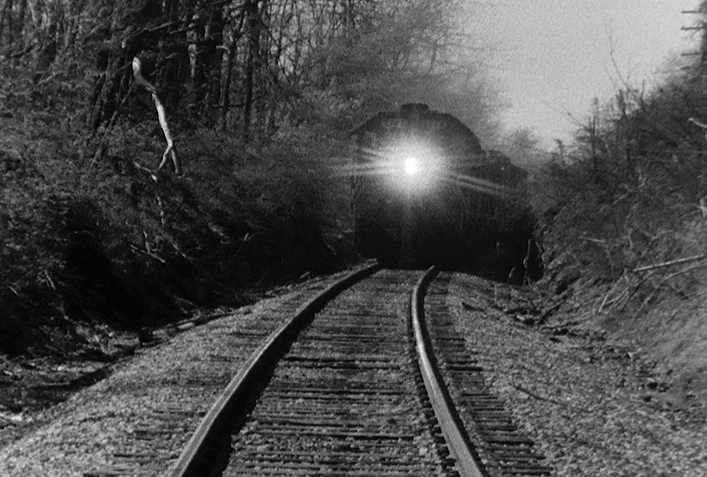 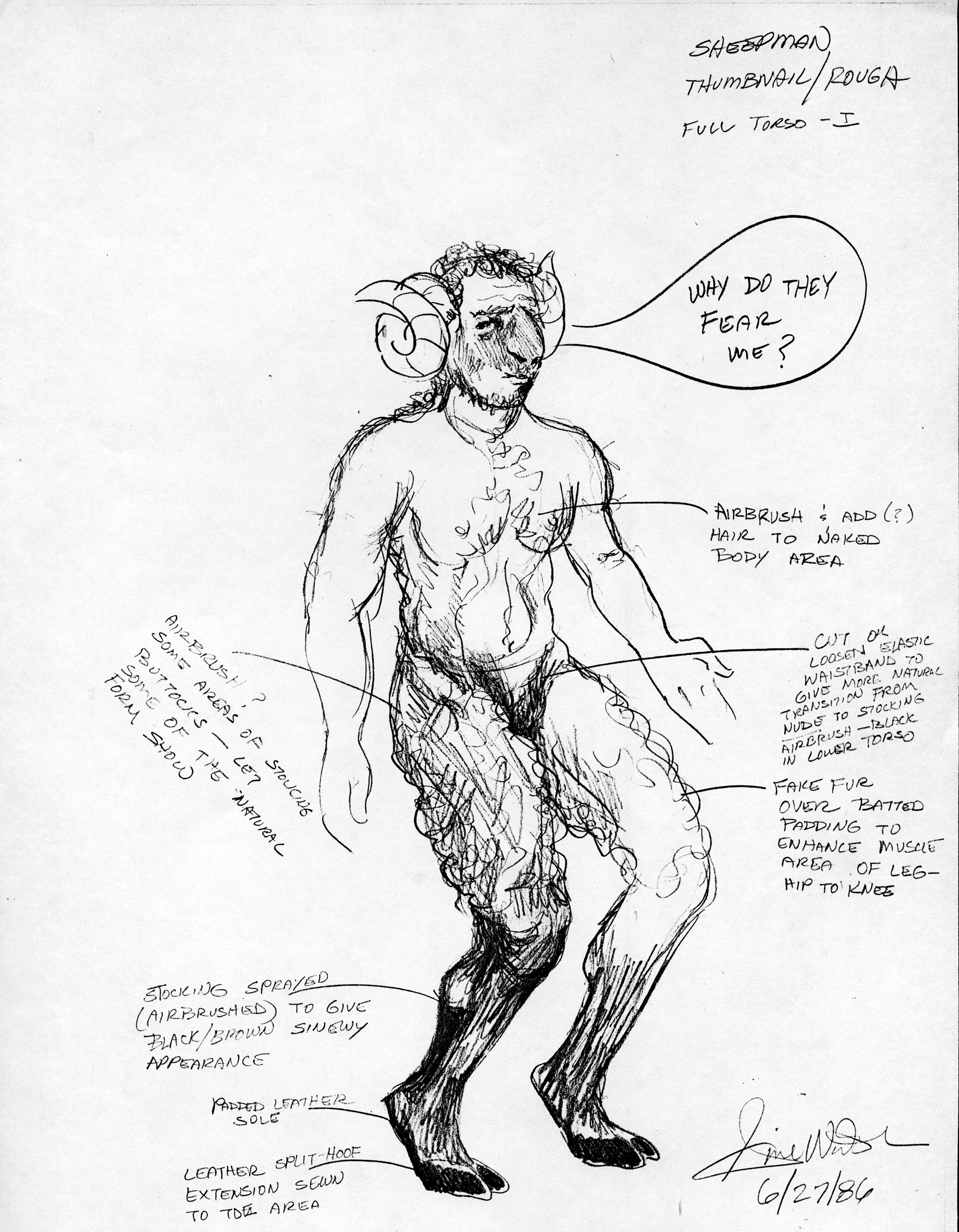 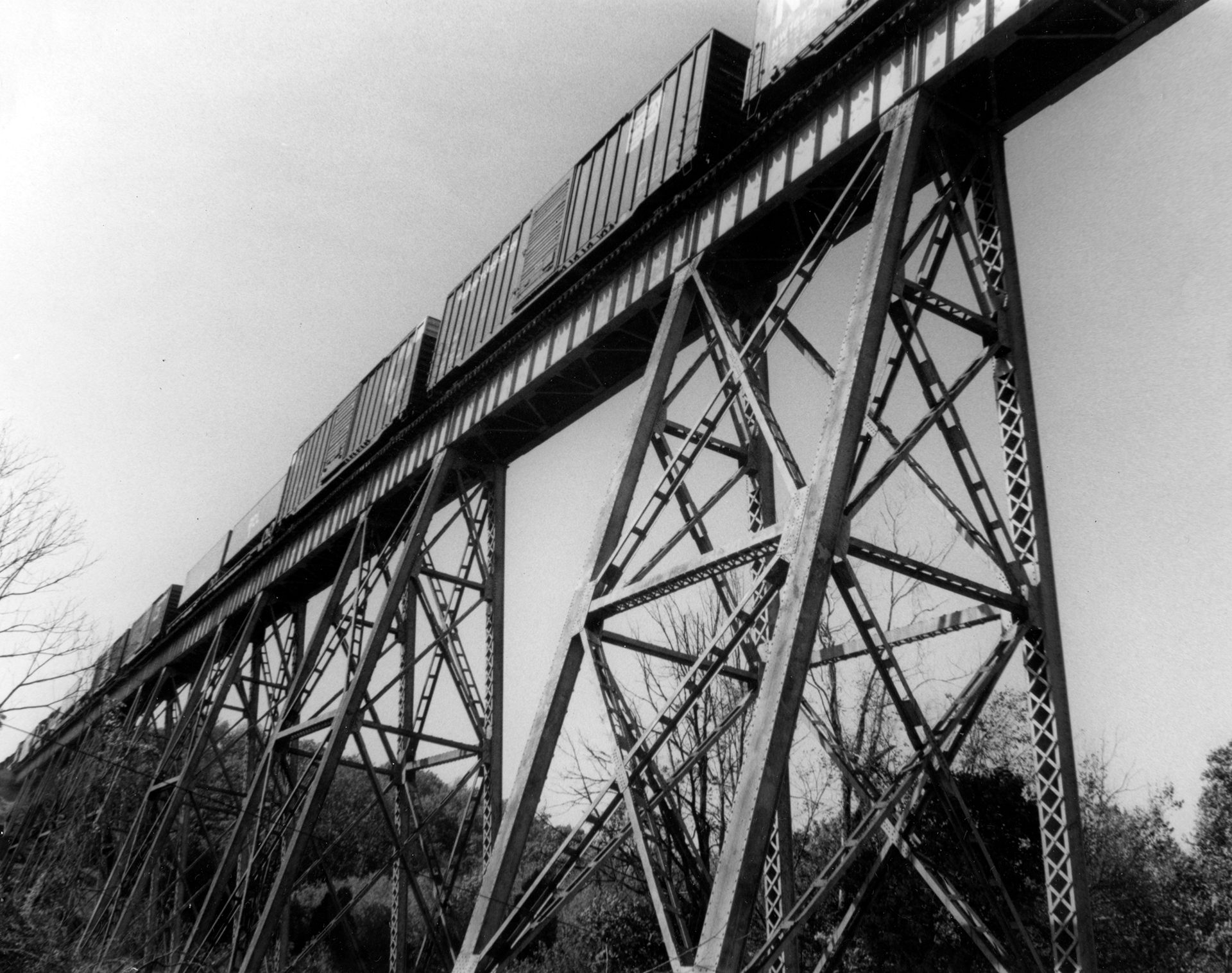 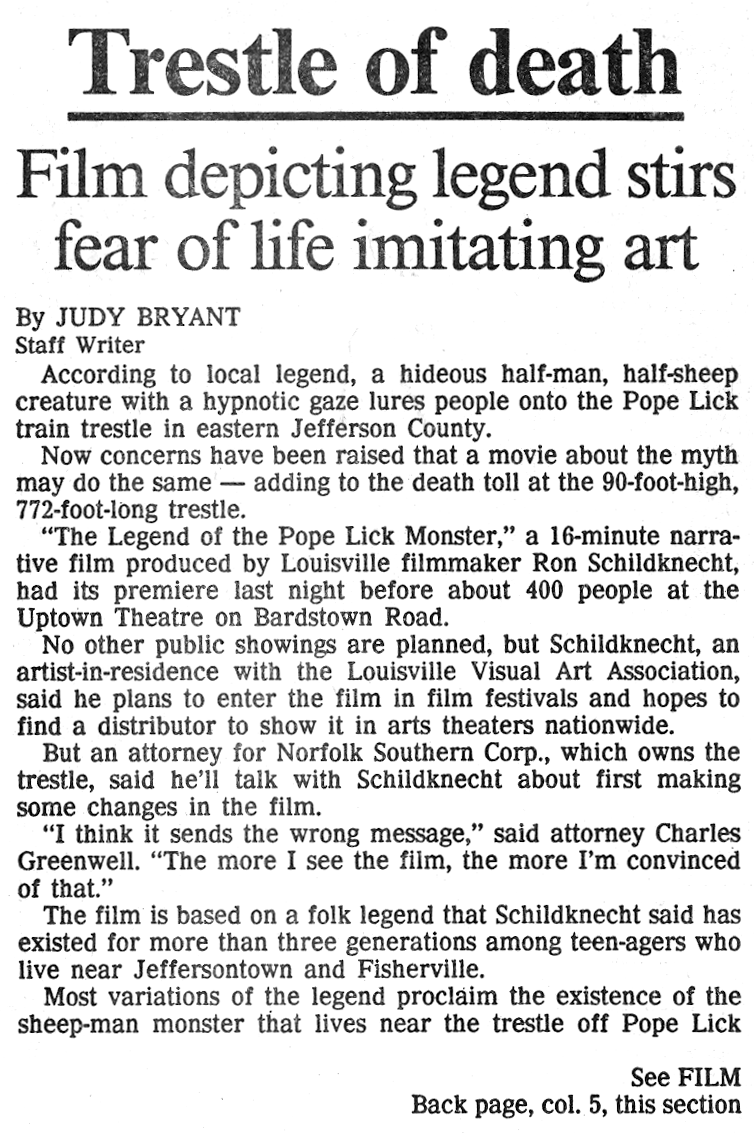 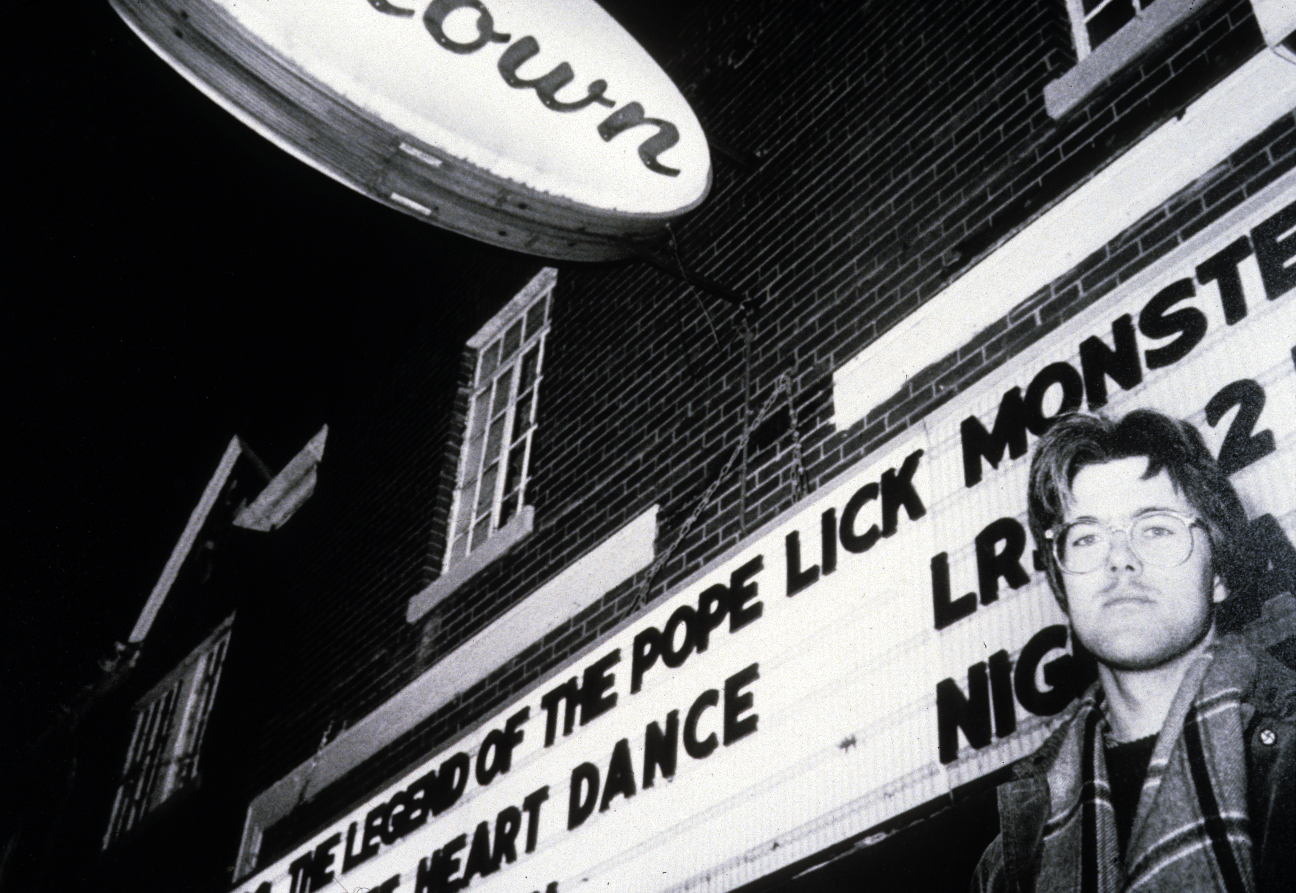 Counts said Schildknecht’s story-telling and filmmaking flair, apparent when Schildknecht began attending Western in 1977, has established Schildknecht as one of the up-and-coming, independent filmmakers in Kentucky.

“You can tell this is really his medium,” Counts said. “He gets absorbed into a situation, but the seriousness and enthusiasm doesn’t take away from him having fun.”

“He’s enthusiastic, creative, energetic, has a good sense of humor – and this shows up in his work.”

Schildknecht worked on Count’s film “Everyone Loves Stories” in 1983 after a graduate assistantship at East Texas State University and a film teaching position at an Elizabethton, Tenn., high school.

In the past two years Schildknecht has completed a short video on Martin Luther King Jr. for the Brown School in Louisville and a video which has appeared on MTV of the Louisville-based band, the Synthetics.

He also shot film footage of a Louisville White Castle restaurant closing, which triggered a rally of people who declared it the death of a neighborhood landmark and legend. He plans to put it into a dramatically stylized documentary.

“It’s (the film) about how teen-agers are,” he said. “Ron did not compromise the script. It was gritty and realistic.”

The film begins with a harshly light monologue by Ben, who says, “You gotta go out there (the trestle).” It ends with a monologue, and Ben says, “Stay off the damn trestle!”

“If you look at the story in the film it’s about an older guy (Ben) looking back in his redneck days, telling you a story about how he led a friend of his (Clancy) out to the trestle onto the tracks and almost got him killed,” Shildknecht said. “He’s obviously looking back with the benefit of hind sight.”

Peer pressure is responsible a lot of the times for getting kids out there,” he said. “You’re led out onto the tracks not by sheepmen but by your friends.”

Schildknecht interviewed about 25 people, like the characters, Ben and Clancy, in his research for the film.

“What interested me were the stories people told when they went out to the trestle and the kind of things that happened to them,” he said. “Things like kids going on out there banging their hands on the hoods of their cars scaring their girlfriends, going out there chanting Pope Lick, Pope Lick.”
He portrays these in the film.
Schildknecht said there is no specific sheepman legend; sometimes the creature is half-goat, half-man, walks on all fours or walks on two legs. The film’s sheepman is a satyr-like creature on two legs with a face of a black ewe.
“The story is so tight among high school students that it rarely passes beyond them, he said. “It really depends on the imagination of the storyteller.”
“One guy told me in J-town (Jeffersontown) there wasn’t much to do back then (in high school), Schildknecht said, so playing at the trestle was a regular pastime.

The Legend of the Pope Lick Monster” features Western graduates Ben Allgeier, Clancy Dixon and Beth Kirchner and a score by the music department’s Dr. David Livingston. It is partially funded by the Kentucky Heritage Foundation, of which Dr. Lynwood Montell, modern languages and intercultural studies professor, is president.
Schildknecht is now working on a 30-minute dramatic adaptation of Montell’s book, “Killings: Folk Justice in the Upper South,” and account of an area of Kentucky where people used killings to settle disputes and justified killing if there was a motive.
“I was looking for something on a wider Kentucky scale to tackle for this film,” Schildknecht said. “I thought this was by far the most interesting I came across in doing some type of dramatic piece, that’s unique to Kentucky, that’s still relatively unknown in the rest of the state.”
Montell said because of the controversial nature of his book, in which he is cautious about using actual names and sites, the film only in the scriptwriting stage, may meet mixed reactions, which Montell believes Schildknecht can handle after the Pope Lick film.
Schildknecht has always been drawn to strong, sometimes controversial, subjects like the Pope Lick film.
He filmed a video about Martin Luther King Jr., a modern interpretation of King’s dream, under the auspices of the Jefferson County school system which caused him and the students he was working with to question the school system’s right to censor.
In the film the school system said that no reference could be made to Jesus Christ or God, even in quotes from King’s speeches, or beliefs of non-violence, because it would offend those believing in the right to bear arms, Schildknecht said.
“I fought it as much as I could and finally did draw the line at one point, Schildknecht said. “I was asked to remove an image of a member of the KKK (Ku Klux Klan) as a way of offending people involved with the Klan, and I said no, absolutely not.”
“Ron in an artistic sense is uncompromising,” Counts said, “and he is willing to take a risk.”